What Is the Best Time to Visit Langkawi?

Planning your next trip to Langkawi? Well, make sure you know about its weather and the best time to visit the island so you can pack your stuff accordingly.

To help you choose when to visit Langkawi, we have designed this guide.

Since Langkawi is located near the equator, its weather is generally tropical throughout the year, but it’s never too harsh. The island is protected from heavy winds and storms as it borders the northwest coast of Peninsular Malaysia. And the calm Andaman Sea, located in Peninsular, makes Langkawi a serene island to visit anytime. The island also sees occasional rains and cloudy skies.

The tropical climate of Langkawi keeps the temperature relatively high and warm all year round, and it experiences minimal fluctuations.

The temperature usually ranges from 30-35°C during the day and it falls between 23°C to 29°C at night. You can expect sunshine to last till the afternoon and a gloomy sky at night.

The island makes a great time for outdoor activities during the dry season that lasts from November to April. The season offers beautiful sunny days, allowing you to make your way to its heavenly beaches, adventurous treks, and dense forests.

During this season, the day temperature hits 30-35°C and falls between 27-29°C at night. You can also expect light and quick rains.

The island experiences a wet season from April to October when the temperature remains as low as 25-27°C. Heavy rains, usually with thunder and lightning, occur in September and October.

Best Time to Visit Langkawi- Based on Tourist Seasons

So, if you are a fan of the rainless season and want to soak in the bright sun of Langkawi, visit it between January to March.

Note: During peak season, tour packages, hotel charges, and car rental rates shoot up. So, make sure to make hotel reservations several weeks before your tour to enjoy nice accommodation when you’re in Langkawi.

Mid-season remains from April to August when the island witnesses occasional rains, minimal thunderstorms, and cloudy sky. The island usually experiences light showers in the evening which pushes the temperature to fall below 29°C at night. The wind is gentle and the sea remains calm even during the mid-season.

The best thing about this period is that the town remains calm and clean since the season doesn’t have many tourists. Moreover, beaches, treks, hotels, and all other attractions are accessible.

In addition to this, you’ll enjoy the advantage on prices. The tour packages are less expensive, hotels start offering discounts, and car rentals also come down.

Since the season is rainy, tourists usually avoid visiting the island in September and October. The rains usually last for about 2 hours- between 3-5 pm or at night. That means you get enough sunshine during the day.

However, the season may make the ocean rough that limits water-based activities.

But, if you love rains and wish to see the lush rainforest of Langkawi, this season is for you.

That’s all about Langkawi weather and climate. Though the peak tourist season is from January to March, it depends on your interest when you want to visit the island. 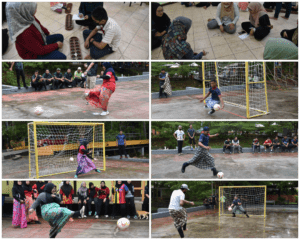 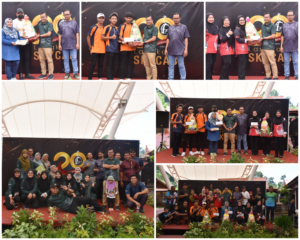 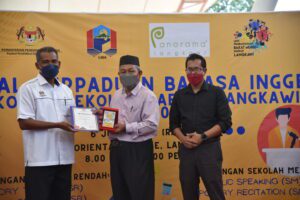 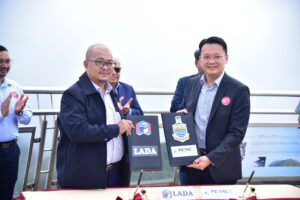 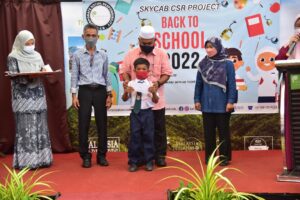 Sumbangan Back To School 2022